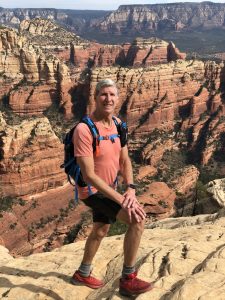 I was watching the 2018 Netflix documentary “Quincy” recently and in it, Quincy Jones credits Count Basie as teaching him to “learn to deal with the valleys and the hills will take care of themselves”.

In case you don’t know who Count Basie is, he was an American jazz pianist, organist, bandleader, and composer. He was born in 1904 and passed in 1984. In 1935, Basie formed his own jazz orchestra, the Count Basie Orchestra. He led the group for almost 50 years, creating innovations like the use of two “split” tenor saxophones, emphasizing the rhythm section, riffing with a big band, using arrangers to broaden their sound, and others.

In another quote from the Quincy documentary, Quincy Jones says in an interview with Oprah Winfrey: “You only live 26,000 days […] I’m gonna wear all of them out. And if I get to 80, that’ll be 29,000. I’m gonna wear them all out, you know? They’re gonna know we came through here.”

Quincy Jones Jr. was born March 14, 1933 and is an American record producer, multi-instrumentalist, songwriter, composer, arranger, and film and television producer. His career spans over 60 years in the entertainment industry with a record 80 Grammy Award nominations, 28 Grammys, and a Grammy Legend Award in 1992.

Quincy Jones is 32,299 days old at the time of this writing!

That’s a lot of valleys and a lot of hills. There is a saying “Life is Short”. But, hopefully, it’s not. Life is long. And full of valleys and hills. What are you doing, or going to do, to make sure they know you came through here?

Yours in kindness and curiosity,